Placing machinery in a different environment other than what it was originally designed for is a serious business and never a straightforward process.

Other ‘What Blumano thinks about’ articles have touched on the topic of the Risk Assessment:

WARNING: Some readers might find the following text gruesome and it may hurt their sensitivity. Nevertheless, it’s intended to be an eye opener of the daily reality in our industry.

The beauty of hydraulics on display

We all love hydraulic power packs, don’t we? Well, it must be the only logical explanation as to why – after so many years – hydraulic machinery with their stunning design and assembly methods have evolved so little…

We associate hydraulic machinery with the oily-messy-stuff no one wants to deal with. Nevertheless, we still use it because we need it. Wrong! We use it because hydraulic-lift mechanical parts are cheaper to design and manufacture than the alternatives. The use of standard-built hydraulic elements is often preferred compared to the process of having to design and integrate hydraulic elements within the machinery. These standard-built elements are a nightmare to maintain, to assemble and disassemble at every venue. However, they are still the industry’s preferred choice.

Bend it until it breaks!

Flexible hoses are designed to ease the pipe routing and make a “flexible” connection between movable parts (cylinders) and fixed parts (hydraulic pumps). However, they are not intended to be assembled and disassembled daily or be heavily exposed to heat, sun, frost and damp conditions.

Over time, hoses crack and break.

There are a handful of standards to aid with the design of machinery in the event industry. Some of them provide brief guidance on the design of hydraulic machinery. These standards highlight the risks with flexible hoses and quick connections. They usually are the weakest link. It also emphasises the importance of placing shutting valves as close as possible to the cylinder rather than placing them near the hydraulic pump. Unfortunately, most standard-built hydraulic elements come with shutting valves in the hydraulic pack.

Placing the shutting valves near the cylinder increases the complexity of the mechanical design. If a flexible hose or a quick connection were about to fail and the shutting valves were in the hydraulic pack, there would be no means for the operator to stop the lift. It would uncontrollably descend and eventually crush goods or people in its path. 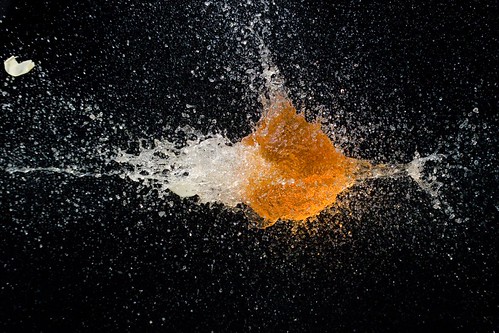 If we made a ridiculous extrapolation of the hydraulic concept to upper stage machinery, no rigger would take the responsibility of installing – or even dare to install – a chain hoist that has a detachable telescopic double-brake with a shaft that is several metres long. This is regardless of whether the manufacturer ensures:

Additionally, any pressure above 100 psi or 6 bar can puncture the skin. High-pressure injection injuries often occur on systems above 2000 psi or 140 bar. Obviously, people working near hydraulic machinery are at a higher risk. However, it is always possible to simply be in the wrong place at the wrong time.

Hence why it’s so important:

We’ve all heard loud siren sounds in ambulances, reversing trucks or in cherry picker lifts used to set up equipment at height. These machines and vehicles could potentially create harm when they move up, down or around people. Their loud siren sound or their flashing lights are implemented as protective measures. The sometimes-annoying audible signals are designed to raise awareness of an ongoing dangerous situation to anyone around.

Premanufactured hydraulic packs are just one part of the machine. Manufacturers of the units are not aware of the final use. When the lift is completed, a full risk assessment must be done to reduce the risks generated by the machinery’s moving parts. Pre-assembled hydraulic lifts are designed to be placed in isolated industrial environments. Often industrial-machinery designers reduce the risks by placing the machine in a closed room, adding a flashing light or a siren sound. None of those options are viable solutions for the entertainment industry. This is the main reason why pre-assembled hydraulic packs are often not suitable for scenic use. They require extensive modifications to be safely operated in scenic applications. These modifications often incur greater expenses than if the machine would have been designed for the intended use from the start.

If we don’t value the limbs and fingers of the people working around us, what kind of society are we?

When compensation for a finger loss became greater than the cost of installing lift doors, awareness was raised, norms were put in place, and doors started to be installed in public lifts. Sad.

Nonetheless, the industrial lift design – hydraulic, electric or of any other nature – assumes a usage far from enclosures and walls. The design restriction automatically reduces the risk of pinching points, shearing and cutting. Additionally, they only have one master control point, located in the movable basket, that blocks other means of control. When the user controls the machine, the awareness of the danger is higher, therefore, further reducing the risk. If the user’s hand is about to be trapped by the moving platform, the user is not going to operate the lift. At least that’s the logical principle.

In contrast, in the event industry, we place the lift gear and controls under the stage. The lift platform raises above the stage and often becomes part of it. In order to avoid dancers tripping over it, Health and Safety regulations would require for the gap between the stage and the lift platform to be as small as possible, hence creating a clear pinching edge. We also often use the lifts in dark, stressing conditions where an operator is moving a performer on the lift.

Under those conditions, we have a performer that might spot a dangerous situation, but doesn’t have direct control to stop it, and two possible shearing edges:

Consequently, we should be asking ourselves what the real cost is of not installing Safety Edges in stage lifts.

Pretending that something designed for industrial purposes would work in the event industry is unwise. The machine environment always plays a critical role in the design and the risk reduction measures.

True that a lift is a lift, but not really.